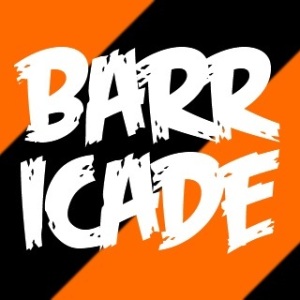 Oh, Vic St. John, it was close to a year ago that I first talked about my tendency to record station IDs ad infinitum as I waited to capture the next great song on my tapes.  These quick little snippets are very telling peeks into my psyche back then.  They’re an audio fossil-print of disappointment (“Dammit, I already HAVE that song!”), fickleness (how come I decided not to record “Headed For A Heartbreak” again?  It’s a great song!), with a little anal-retentiveness thrown in for good measure.  I don’t remember exactly why I didn’t just record over these.  I won’t give myself enough credit to say that I had the forethought that some day I’d enjoy listening to the DJs as much as the music.  I think in my OCD mind, I considered these station IDs as a little buffer between the previous song and whatever new song came along.

As you surely know, Vic St. John, taping off the radio is a fine art.  Once you’re done recording a song, you’ve got to stop the recording, rewind it a little bit, make sure you got the end of the song, then stop it just a tad past where you want it to start recording the next song, because for whatever reason, when you press down Play and Record, which requires some finger muscles for those of us who were taping in the trenches, by the way, when you do that, for whatever reason, there’s a tiny bit of rewind before the tape starts recording, so if you don’t have it cued up right, you could record over the end of the last song.  So if you happen to get a few “false alarms” along the way, i.e. the beginning of songs that you’ve already recorded with the DJ chattering away, you’ve given yourself a little bit of room between songs to help eliminate what could be disastrous.  When you’re recording off the radio, there are no do-overs, Vic St. John.

So yeah, I guess maybe I do remember why I recorded all these DJ intros.  And I know that maybe it feels a little disheartening that I wasn’t recording them just because I liked the sound of your voice, Vic St. John, but I hope you feel better knowing that I appreciate the sound of your voice all the more all these years later.  Thanks for protecting my music from getting recorded over, man.