This post got Freshly Pressed!!!! Can you believe it?!?!? This is the third time in as many years that a post was highlighted by the wonderful WordPress editors, and I can’t believe my good fortune. Thanks for your continued support, my wonderful fellow nostalgic tune aficionados! 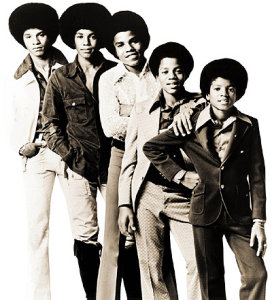 Oh, The Jackson 5 , I love this track for so many reasons, the main reason being that it kinda stinks.  It’s a crappy recording of another crappy recording of a song that’s not particularly good.  And I love it.  Of all the songs that were featured on the Now and Then Weekend , this is my favorite.  It’s the rawest and maybe even the rarest of the songs that were featured lo those many years ago, and were you a gambling man, if someone had bet you that the lead singer on this tune was going to be one of the biggest pop stars, if not THE biggest pop star, of all time, you would not have taken that bet, The Jackson 5.  The kid was all right, but the harmonies were rooooough, and coupled with the poor sound quality and a fairly mediocre song in general, there’s no…