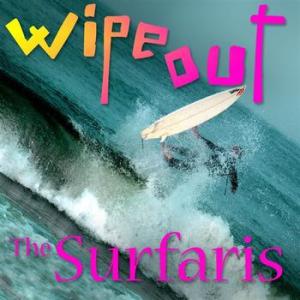 Oh, The Surfaris, you may recall that not too long ago I regaled R.E.M. with a story about my first and only surfing experience.  You may recall that it was one of the most humiliating experiences of my life.  You may recall that it left me feeling like an elephant seal with self-esteem (and glandular) issues.  None of those things have changed, The Surfaris.  In fact, ever since the ocean ridiculed me in Oahu, I’ve re-evaluated my love of surf music.  It’s not that it’s no longer great music, The Surfaris, it’s just that when I listened to “Surfer Girl”, there was a part of me that thought maybe it could be me trying to surf together with some beach angel.  Just like when I listened to any song about falling in love, I imagined that there was a chance that I could be the one falling in love.  There’s always been an element of fantasy fulfillment in these surf songs, The Surfaris; that were I to have grown up on an island or on a western coast instead of in a little house on the prairie, that I could be a golden god walking the waves with the ease and grace of Poseidon.  So to know that instead I can surf about as gracefully as one of the dairy cows I fed in my youth would be able to, well, it’s a little too much reality for this particular lad.

Having said that, this song does capture pretty well in music what it felt like to be out in that hungry ocean assuming I was about to die.  There was the maniacal laughter, what I imagined the onlookers from the surf shop sounded like when they watched me flounder in the waves.  There was the rapid beating of my heart, beating as it was like a drum.  And of course there was the great guitar music.  All right, maybe not that last one, but while I know that this song is meant to celebrate the awesome glory it is to harness the power of the ocean with just your feet and a surfboard, I think it can also sum up the feelings of a bitter, panicked fat man slapping impotently at the waves that are about to crush him.