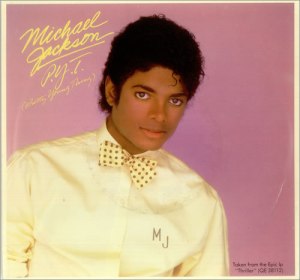 Oh, Michael Jackson, I can’t believe it’s been almost six months since we’ve had one of your songs on here.  When I started recording music off of BOB, I just assumed every other song would be by you.  I’m quite familiar with this one, too, because “Thriller” was one of the few tapes that I outright owned.  I think it was one of the first tapes I picked in my initial order from Columbia House.  And I listened to “Thriller” over and over and over.  It’s been a long time since I’ve listened to this, Michael Jackson, but as soon as it started I was right back in my bedroom as a kid, sitting on my orange shag carpet in front of my stereo with a big old Michael Jackson-lovin’ grin on my face.